It's a happy coincidence that the colours of strawberries and kiwi fruit are similar to festive colours! This yummy summery soap is Palm Oil Free and smells delish.  The Silicone Column Mould makes an easy job of using the ying-yang divider technique, and then unmoulding this soap log.

NOTE:  Sadly Strawberry Kiwi Fragrance has been deleted so we recommended subsituting with Love Spell *Type Fragrance which both perform well in Cold Process Soap.

All your regular Cold Process Soap making equipment including Safety Gear including Goggles and Gloves
Mini mixer or milk frother for mixing colours - optional
Two jugs, each to hold around 600g traced soap and still take the stick blender
Small cups for the colour mixing 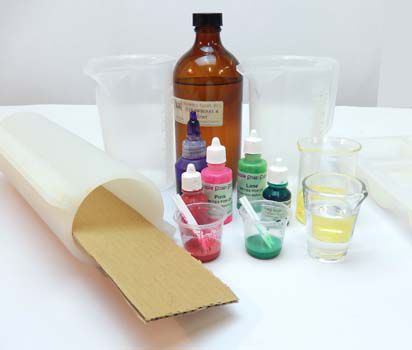 Colour Preparation:
Remove 5ml (1 teaspoon) Rice Bran Oil from the allocation and mix ½ teaspoon Fluro Green Pigment Powder into the oil and stir to remove any dry particles.
Have the Deep Seagreen Liquid Disperison ready with the other colours.
Mix ¼ teaspoon Brites for CP Pink with ½ teaspoon Carmine Liquid Pigment Dispersion - if you want a little more depth of colour, add some Royal Purple Liquid Dispersion (This batch used 8 drops).

Mould Preparation:
Cut a piece of rigid cardboard to fit snugly into the mould - leaving at least 5cm to protrude out the top of the mould and reaching across the diameter of the mould. 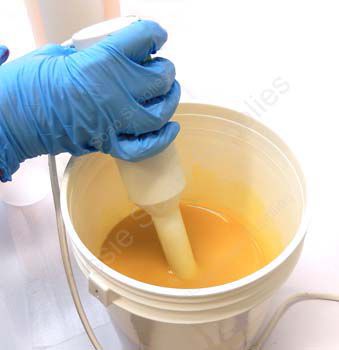 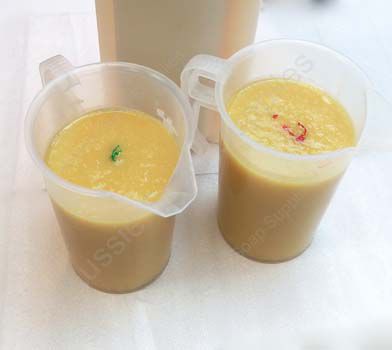 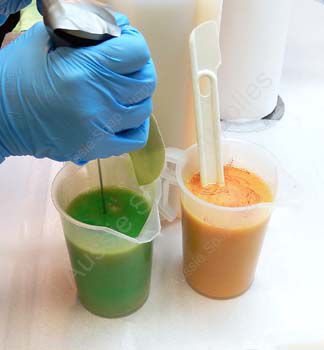 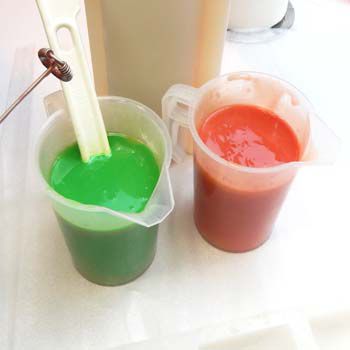 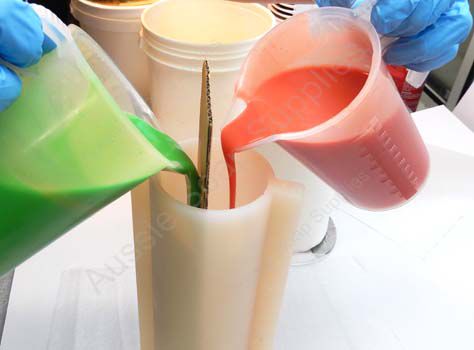 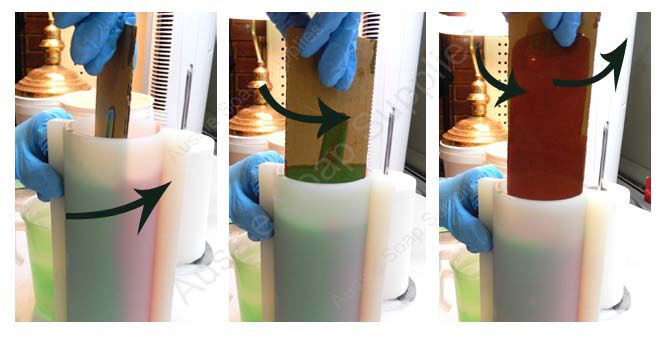 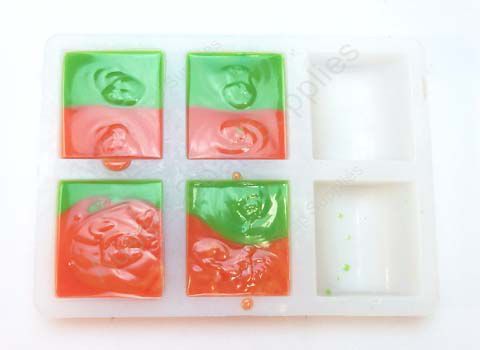 This soap was made with uncoloured Strawberry Kiwi and the "scrapings" of colour left in the jugs. 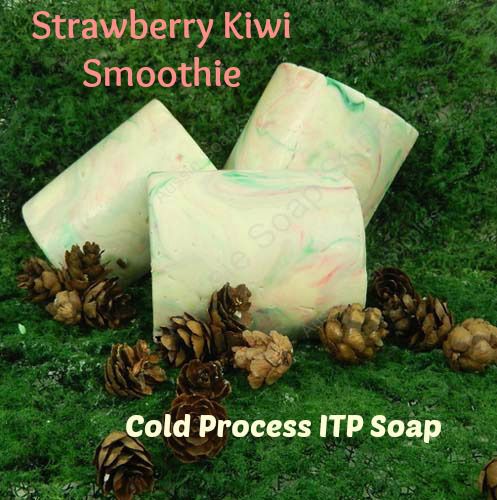 If using "Add to Trolley" you still need to purchase Olive Oil, Sodium Hydroxide (Lye) and Distilled Water from the supermarket

If you haven't made our Bastille No. 1 Recipe, I'll explain what bastille soap is here too ☺As a general rule, we
Learn More

This Cold Processed Soap Loaf is for pink lovers, floral lovers, Mums, and of course, Valentine's Day lovers!  Sodium Lactate Plus, which along w…
Learn More

Save that Soap!  When the "soap fairies" visit, the best laid plans can go awry!  I had everything planned for a time consuming, intricately…
Learn More

When we unpacked the shipment from Bramble Berry with the custom sectioning dividers it was time to get the soap pots out immediately!  David has…
Learn More