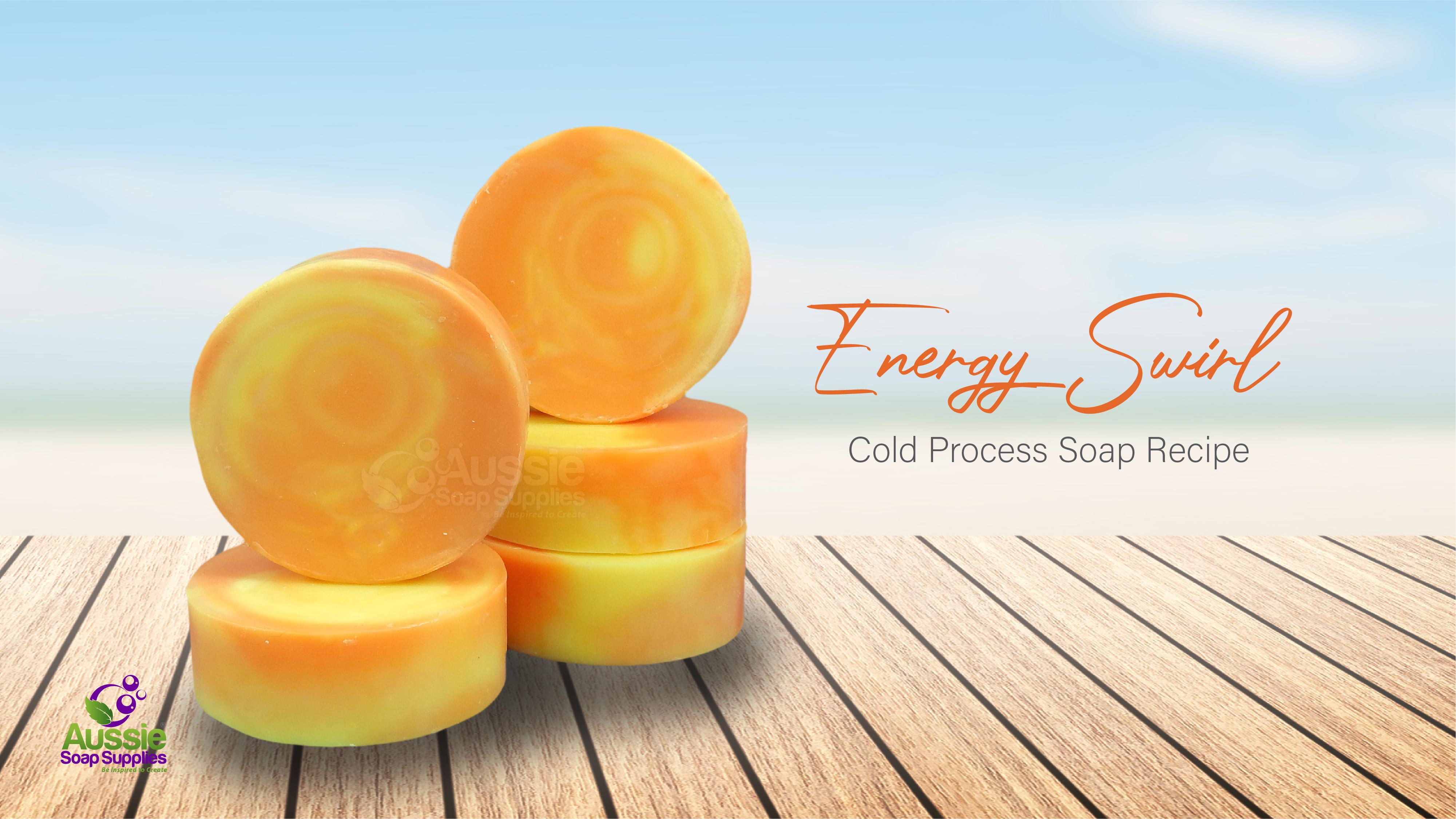 Like sunshine!  This two-colour column swirl is vibrant in scent and colour!  It is scented with Artisan Energy Fragrance, a long time favourite and best seller, and a dream to soap with in Cold Process Soap, no acceleration issues even if you want to discount your water just a tad.

I guess this is a almost faux column pour, or perhaps a "column in a column" pour as I used up scraps of Melt and Pour Soap (which was long past it's best) to make a cylindrical embed for the centre of the column mould. 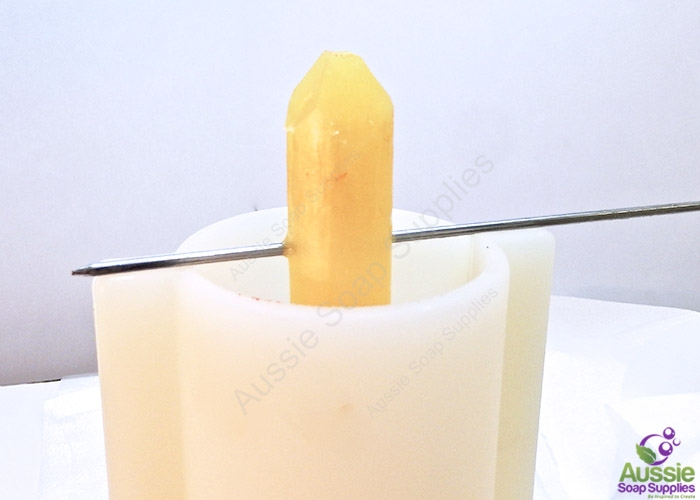 *If you don't have the mould and MP offcuts to spare/use, you can make your own cylinder out of a paper towel inner tube and tape over one end to create the thin column for the centre.  Proceed as described with the soap insert.  Don't forget to remove the spare mould from the trolley before checking out!! 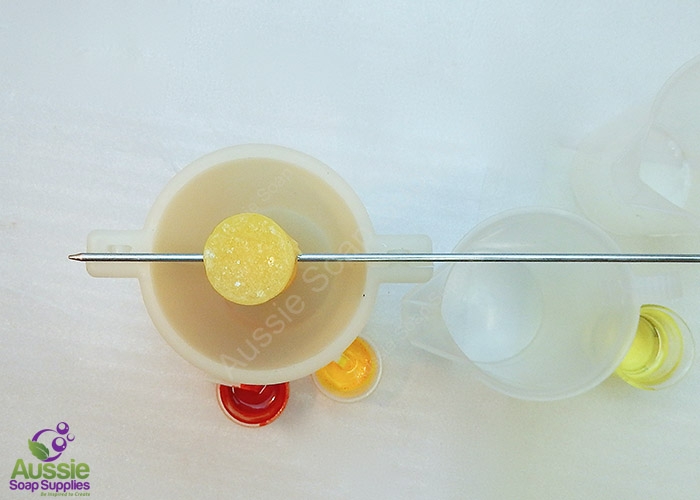 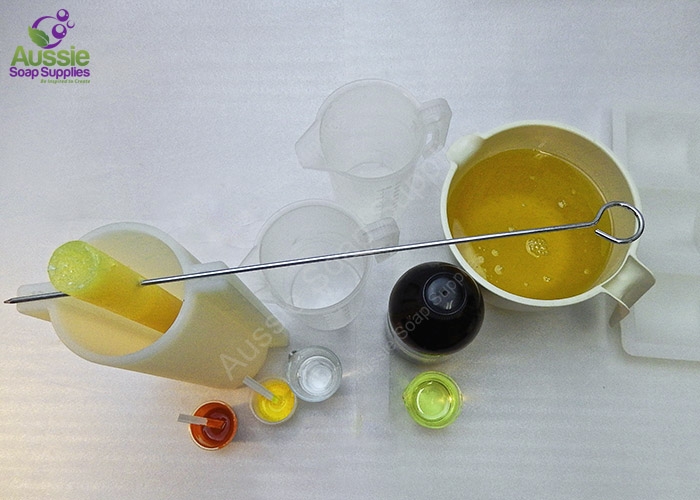 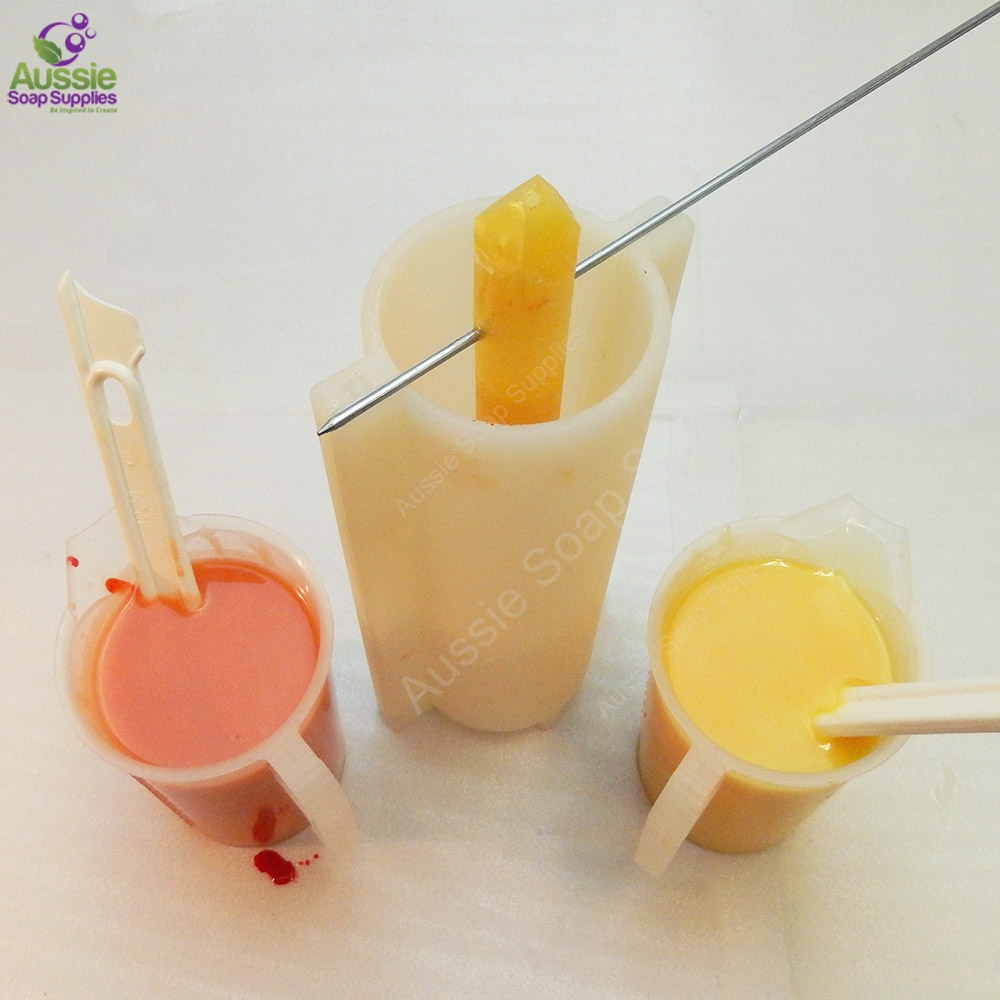 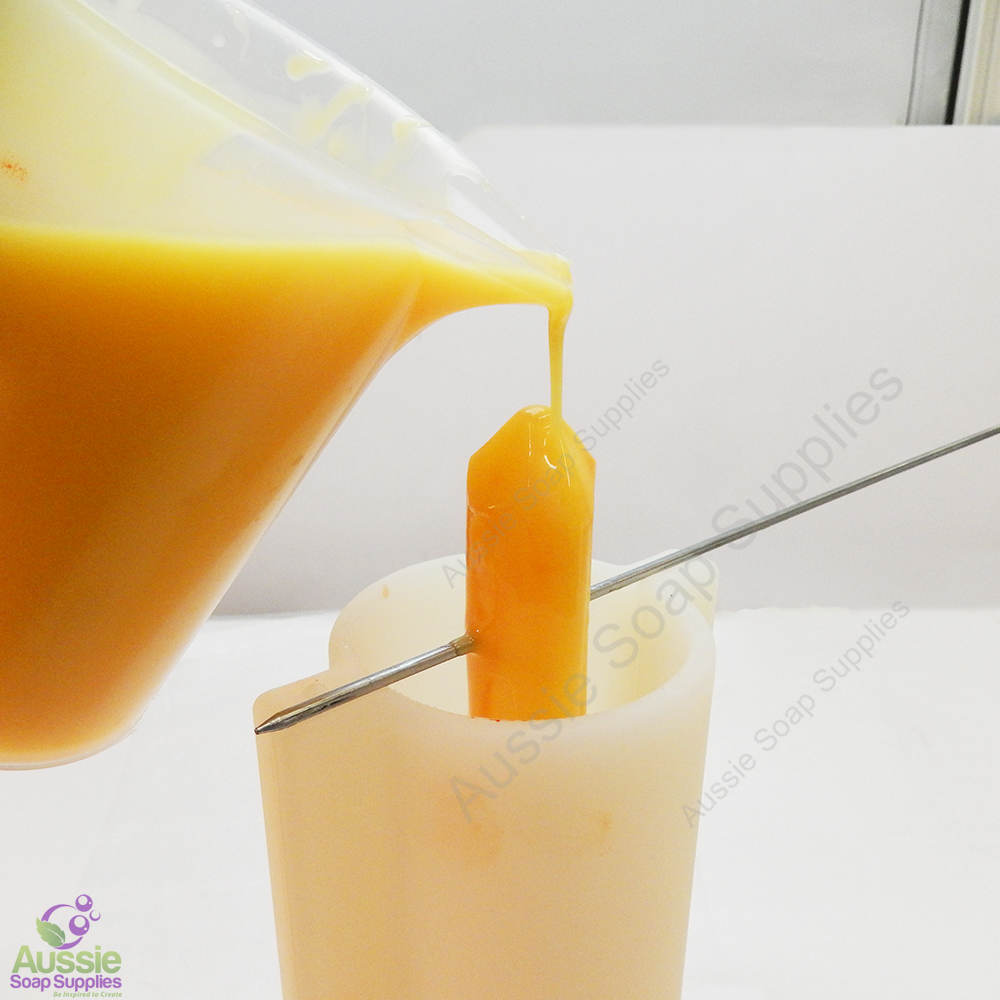 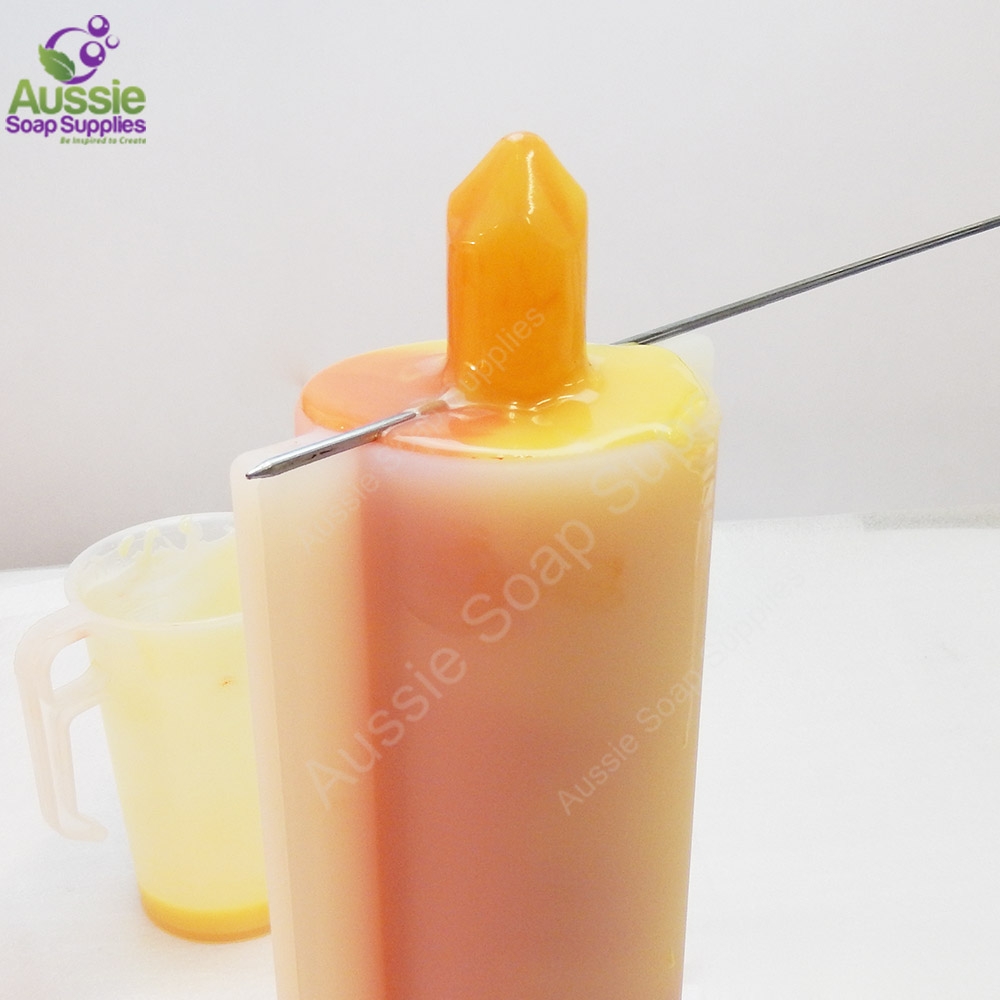 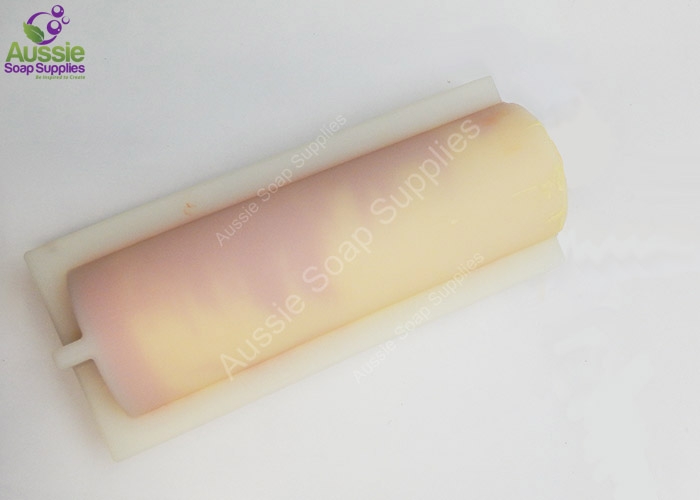 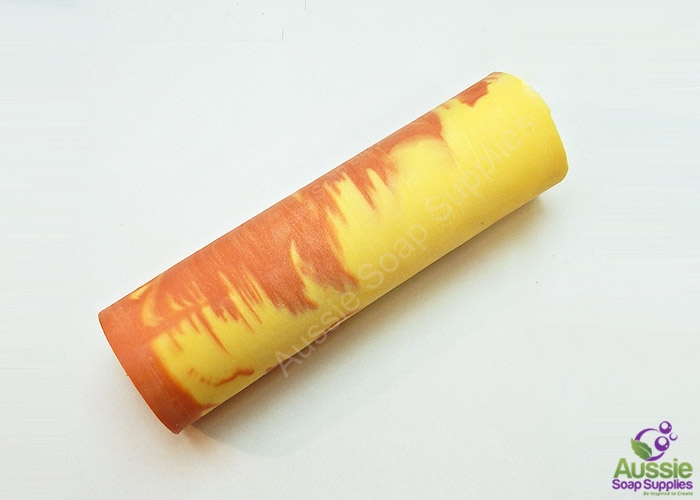 If purchasing "Add to Trolley" you still need to purchase Sodium Hydroxide, Distilled Water and Olive Oil from the supermarket.

When I sliced this log, I loved the Retro-Groovy design that was revealed as it is just a little bit sixties! This fresh, Avocado and Castor Oil Cold …
Learn More

This is a fairly simple soap, so if you have a batch or two under your belt, this is totally do-able for you if you have only a little experience!&nbs…
Learn More

If you haven't made our Bastille No. 1 Recipe, I'll explain what bastille soap is here too ☺As a general rule, we select oils for our soap that produc…
Learn More

This yummy combination cold process soap has no added colour and is a nice journey from the kitchen pantry into the bathroom.  Because of the hon…
Learn More