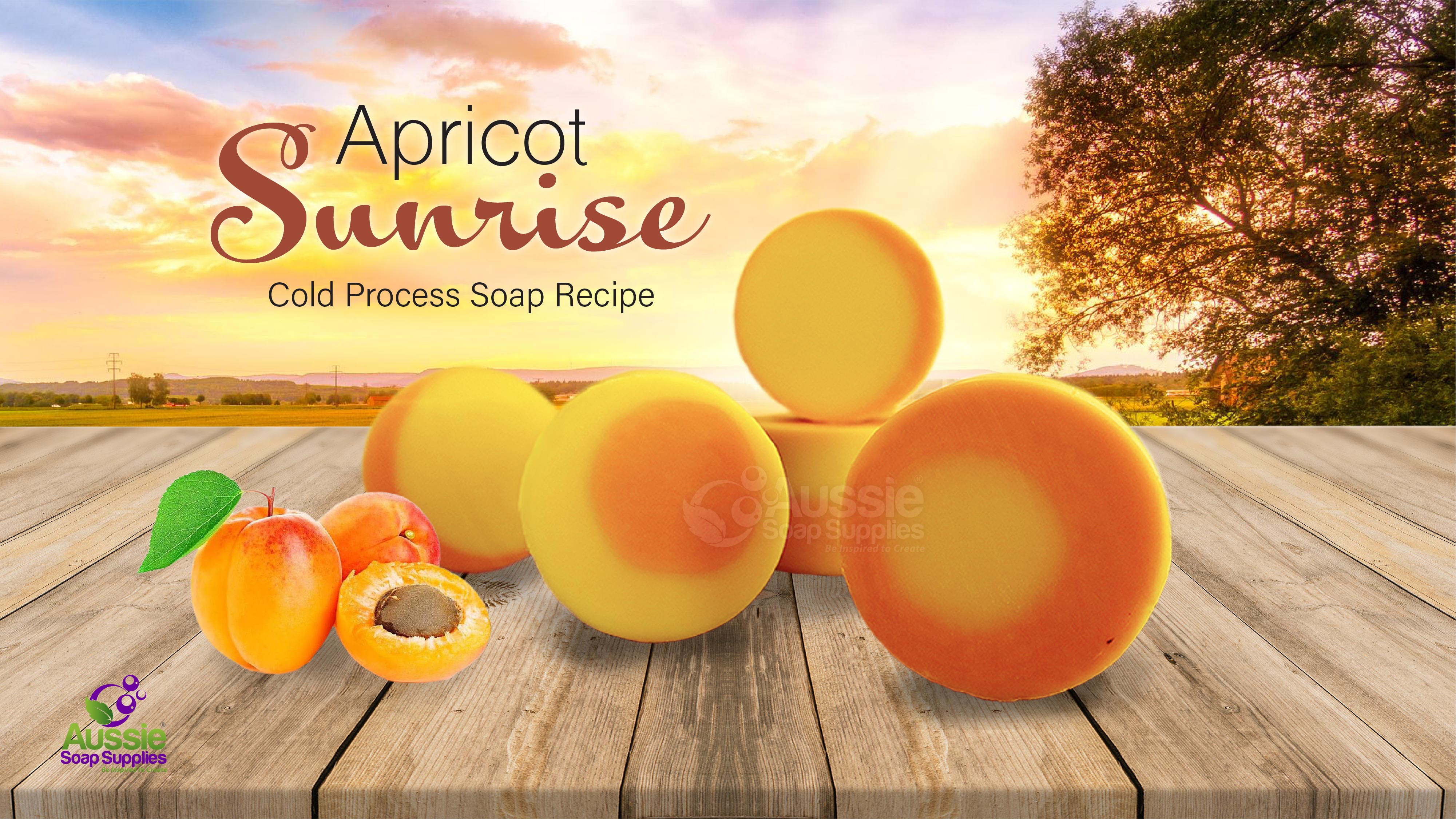 Like a plump and juicy apricot in the morning sun, this two-colour slide pour CP soap has a perfectly balanced fruity-floral scent, with a beautiful, summery colour combination. 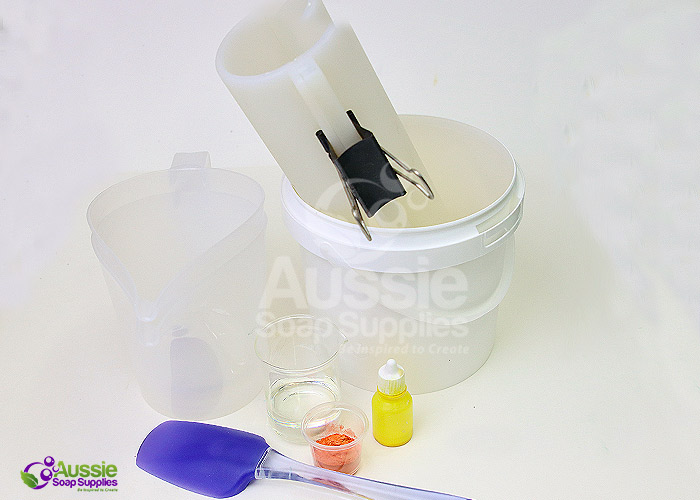 Set out all the equipment and ingredients 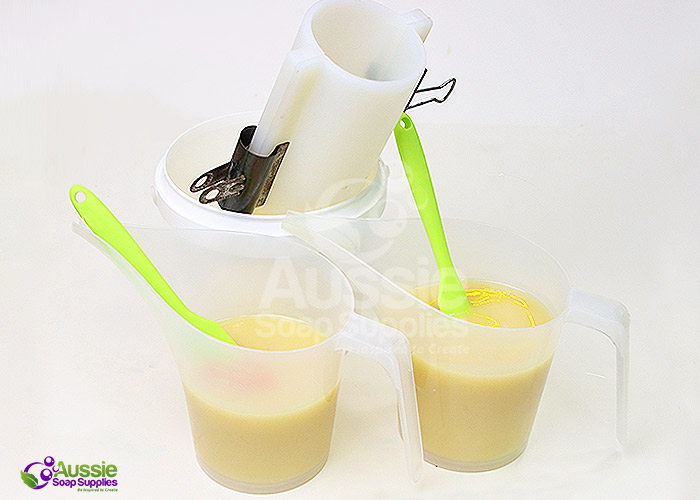 Prepare the soap as usual making sure to check the temperature of the oils
and lye water; it should be around 20 - 30°C. Bring the soap to a VERY light trace.
Add 40g of fragrance oil and stir well to combine before pouring 620g of soap into one jug and 500g into the other.
Now add half a teaspoon of Yellow Liquid Pigment Dispersion to the fuller of the the two
jugs and the Tangelo Mica solution to the remaing jug. 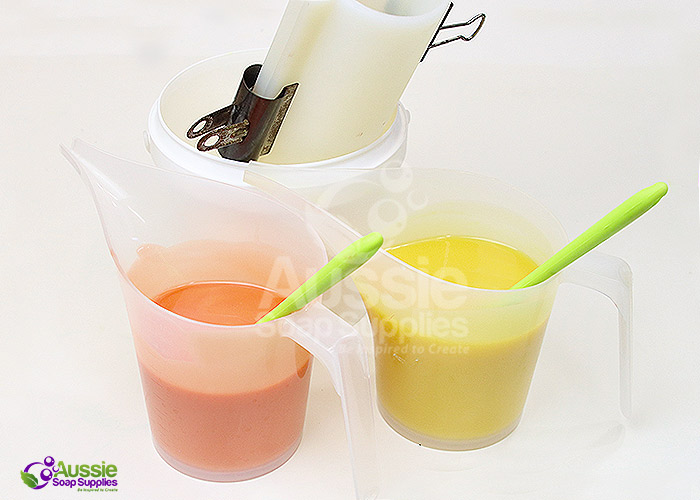 Mix the colourants in thoroughly by hand using a spatula 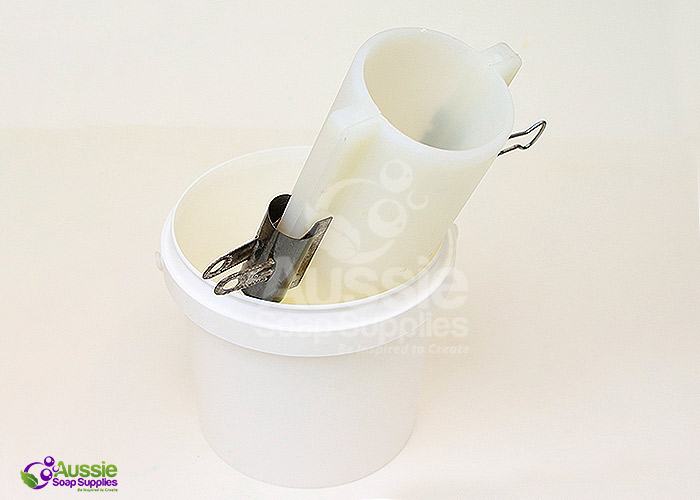 Set up the mould ready for the first pour 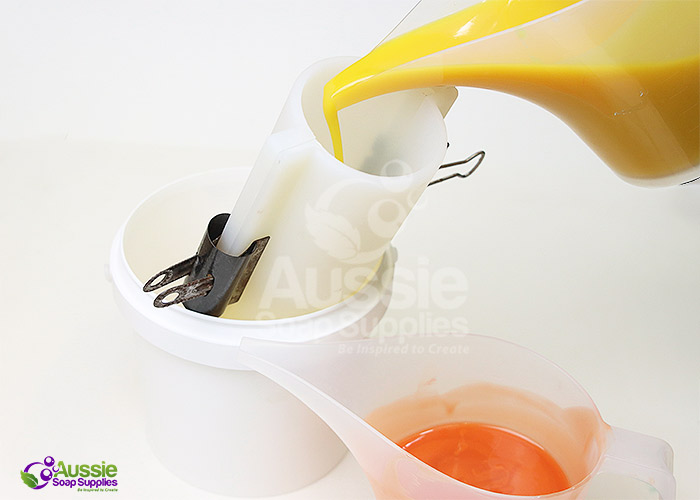 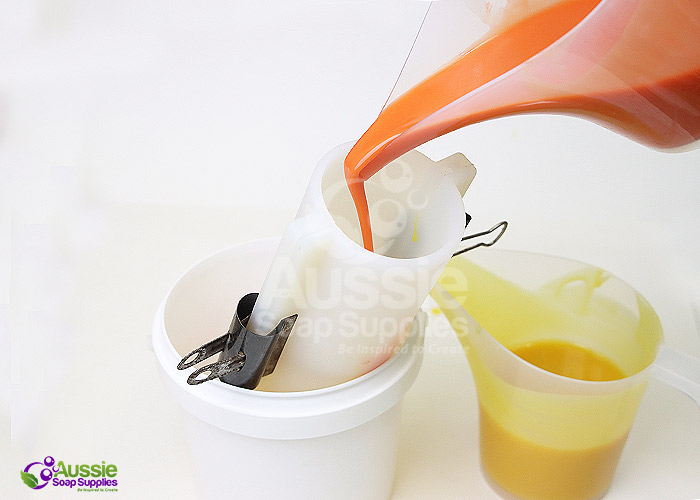 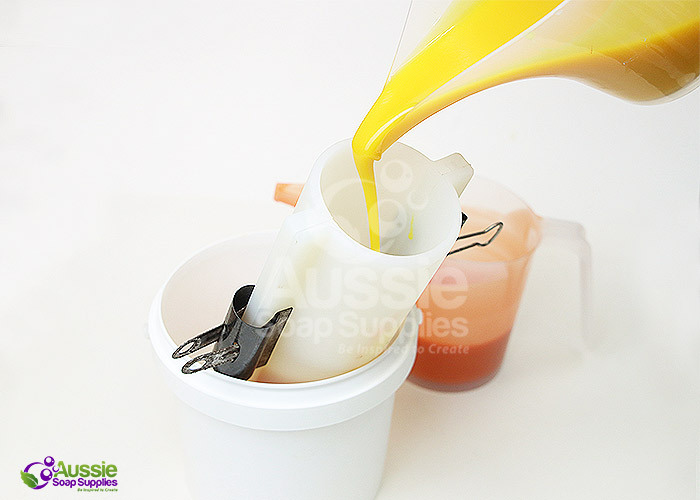 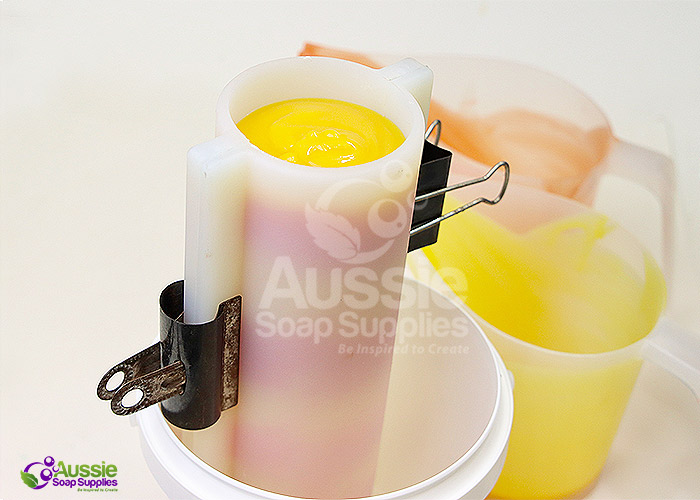 Once the mould is almost full, carefully stand it up in the pail 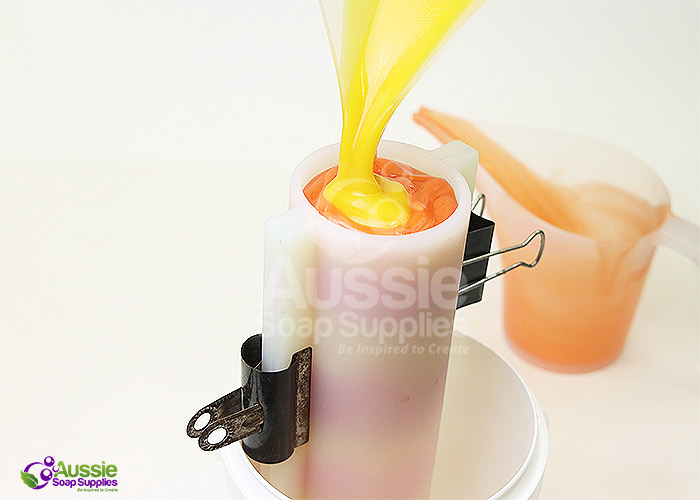 Continue pouring until the mould is filled to the brim 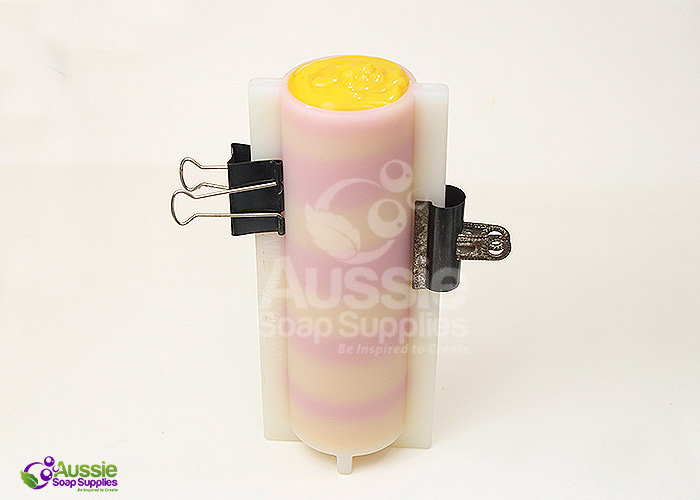 Once it has saponified, remove the bulldog clips and leave
in the mould for several days to a week before attempting to unmould.

If you have graduated from our basic Goatsmilk Soap Recipe HERE you might like to try this Soap Queen project. This tu
Learn More

This is one of my favourite Bastille soap recipes.  What's bastille?  No, not a French national
Learn More

Soft and smooth, this superfine clay also known as "Rose Clay". Mild and gentle in its actions, this pale rose coloured clay is used for extra-sensiti…
Learn More

Our flexible Peony mould is a beautifully detailed, multi-dimensional mould, perfect for your next floral soap or candle creation. Try it with our Pin…
Learn More

This luxury butter helps to moisturise and hydrate your skin, lips and hair, nourishing and protecting it from harsh weather and slowing the effects o…
Learn More

Flexible Silicone Platinum Mould.The flexibility of silicone makes unmoulding "the loaf" so much easier!  The inside of this mould has a high glo…
Learn More

Natural, black colourant.  Our activated charcoal powder comes from various hard woods (a renewable resource) and is made in Binchō-tan style.&nb…
Learn More