Save that Soap!  When the "soap fairies" visit, the best laid plans can go awry!  I had everything planned for a time consuming, intricately designed soap, but it wasn't to be.  Cold Process Soap makes us work with it sometimes, instead of the other way around, and here is a prime example that had to be turned into a modified "In the Pot" style swirl.

It is modified, because the soap fairies visited my soap pot without warning - as usually happens - my recipe should not have accelerated, but it did;  Blackberry Sage fragrance behaves beautifully in Cold Process Soap, but trace accelerated; so time for some fast thinking.

Instead of the usual ITP, where you have very thin trace, and don't stir at all, and pour it into the mould, I had a thick trace and it was all too late.  Basically, I just dropped blobs of purple soap into the main jug and swished the purple colour soap in small arcs, side to side and then poured quickly into the mould.

So, not so much a tutorial, rather just an example of "just try and make it work!" 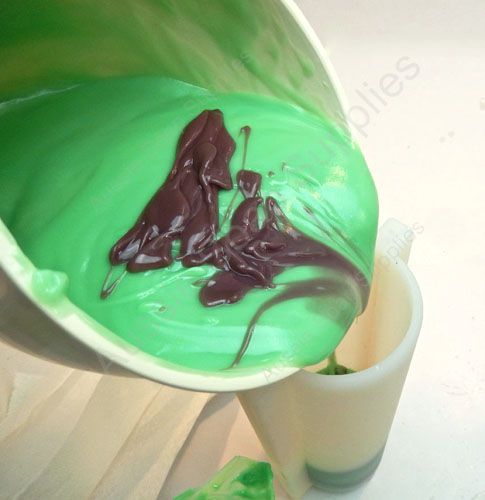 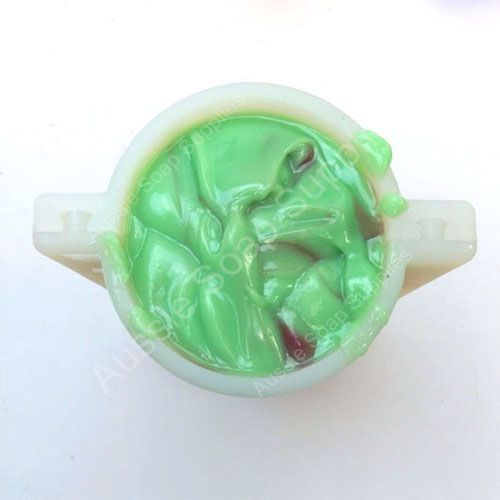 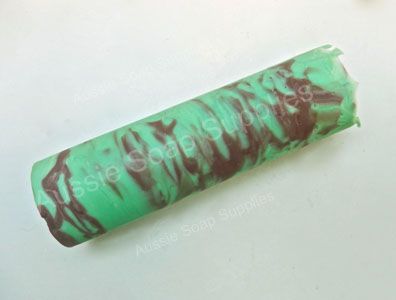 However, nicely distributed swirls in the log, and yes, I couldn't waste any! 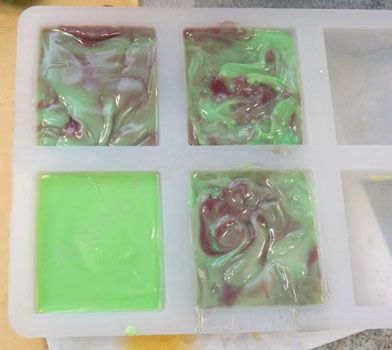 This is a fun soap when you want to get a bit creative and see what you have made as you slice the soap loaf!  A combination of liquid Melt and P…
Learn More

This soap is silky smooth, and lovely to use, it's an old favourite of ours!  We have left this batch uncoloured as this gorgeous silky smooth so…
Learn More

This is a moisturising soap recipe which lathers well due to the Castor Oil content, and the Palm Kernel Oil makes a silk
Learn More

We've been asked sooo many times for my dog soap recipe, so here it is! I always make it uncoloured, and go to a maximum of 1% of this Essential Oil b…
Learn More

It's a happy coincidence that the colours of strawberries and kiwi fruit are similar to festive colours! This yummy summery soap is Palm Oil Free and …
Learn More

This Cold Processed Soap Loaf is for pink lovers, floral lovers, Mums, and of course, Valentine's Day lovers!  Sodium Lactate Plus, which along w…
Learn More