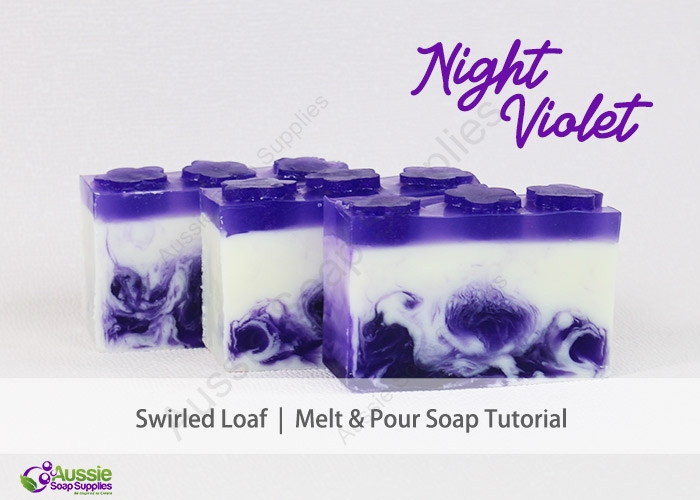 This beautifully scented soap is swirled in the mould, which is trickier with Melt & Pour Soap than with Cold Processed Soap as the temperature is crucial to getting the soap to swirl together, but stay distinctly two colours.

If you are switching to our Palm Free Melt & Pour Soap Bases increase the temperature of the soap.  The opaque Palm Free Base soap base is melted to 75°C and poured at 70°C ish, the Crystal NS & WNS is poured at 55 - 60°C.  *Note this soap was previously made with White Rose Fragrance, which has now been deleted, and our new Night Violet Fragrance suits the design perfectly!

Step One - Prep and Embeds

Make the purple embed flower cylinder (this can be made ahead) 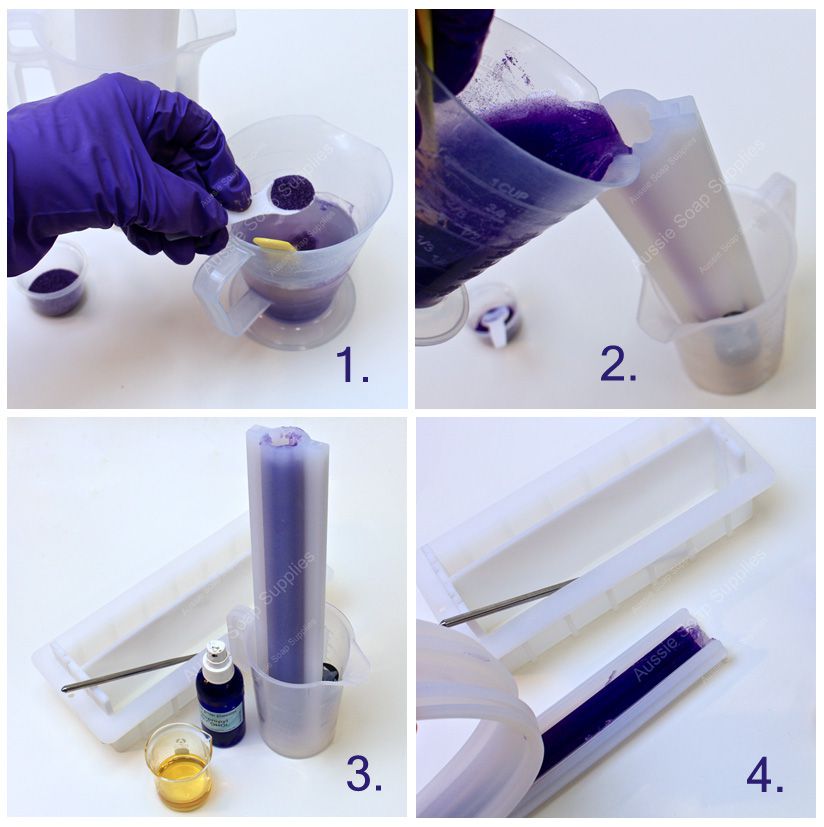 Step Two - Main Pour:  Prepare everything for the double soap pour and swirling. 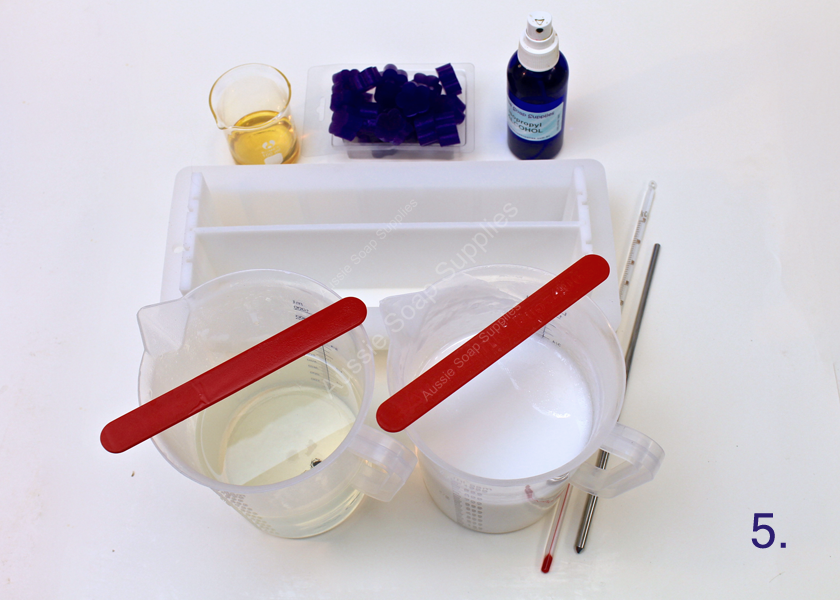 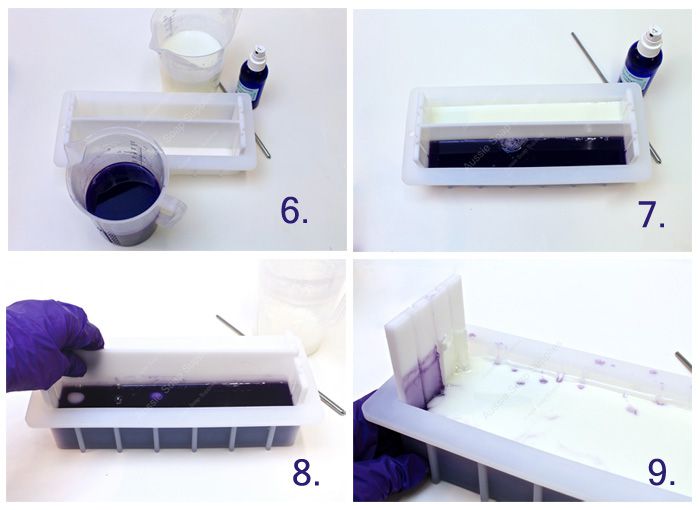 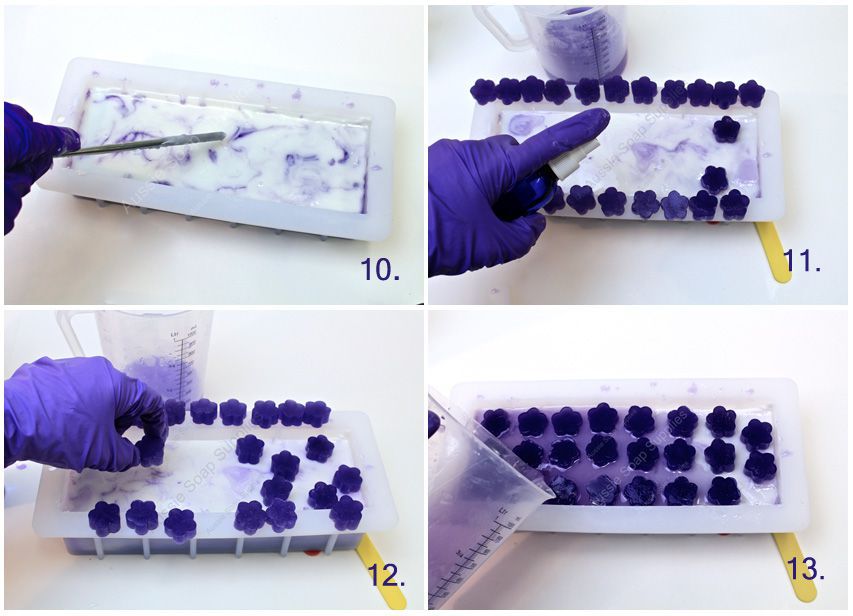 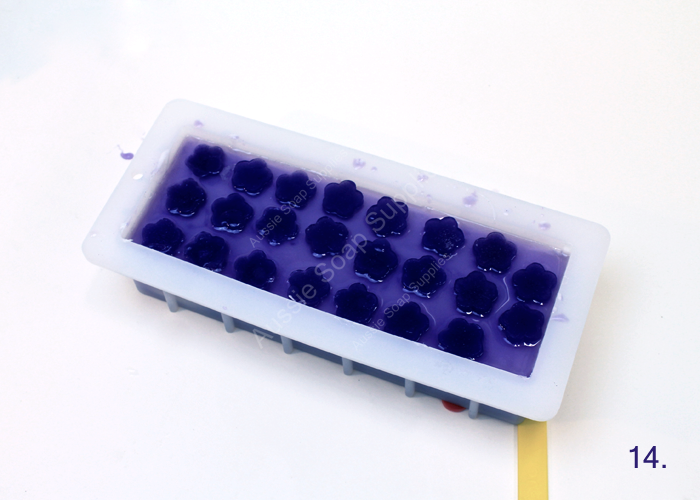 Swirled Melt and Pour Soap can appear a little tricky when you are just starting out,  With this kit you can easily manage to do a three colour s…
Learn More

A long while ago when we ran our retail soap business I made a very popular embedded heart loaf, and when the latest silicone embed  moulds…
Learn More

This tutorial is actually fairly easy; it's all about temperature and layering, so if you are new to soaping and feel it's within your scope - go for …
Learn More

This is Bramble Berry's super Plumeria Melt & Pour Soap Loaf (which I just adore!) from a promotion running a goog while back, we just had …
Learn More

A long while ago when we ran our retail soap business I made a very popular embedded heart loaf, and when the latest silicone embed  moulds…
Learn More

This soap was part of our Fairy Floss themed gift packs for one of our annual Christmas Donations.  T…
Learn More

Swirled Melt and Pour Soap can be a little tricky, but it's not really, just take note of the temperature of both colours and make it in layers. …
Learn More

Info-tutorial: Due to the recent fire, we no longer have stock of coloured Jojoba beads.  This original project was made by Soapy Love a l…
Learn More

This is a quick and easy, very effective feminine spa Soap DIY.  It is great for Mothers Day, Valentine's Day or just for when you are 'fe…
Learn More

You asked for it, a more budget conscious multi pour tool, and here it is!  This custom sectioning tool is used to create the Mantra, Infinity an…
Learn More

Our Shea Butter Soap Base is white in colour and has 5% naturally crushed Shea Butter added during saponification. ( Our base has not been re-melted a…
Learn More